The Lowdown on Routers: Products and Placement

Not only do the specs and performance of your router play a huge role in how well you are able to browse the Internet, but the placement of your router(s) is also of utmost importance to maximize your online experience.

"Routers, like all equipment, can fail," Shane Sexton, corporate technical consultant at EPB, said. "Routers can fail in ways that will just look like slow Internet."

The ultimate way to get the most out of your Internet connection is to use an Ethernet cable that is directly connected to the router, but plugging in isn’t always possible.

So here are five things you should consider about your router if you aren’t getting the performance and speed you want out of your wireless Internet connection.

Researching
Research is key when deciding what kind of router to purchase. A good resource is SmallNetBuilder.com, which is a site run by an independent lab that tests routers and networking equipment to help the consumer see what different routers can achieve.

"Routers that consumers purchase at retail outlets vary greatly in performance," Sexton said. "Mostly this is due to what parts a manufacturer decides to use when building a router. It’s not obvious from the retail packaging as to what kind of components are inside the router."

Knowing your needs
It’s nice to have a router that is capable of achieving 1-gigabit speeds, but that kind of router may really be more than you need. High-end users such as gamers and graphic designers need that sort of performance, but someone who only checks email and uses social media probably doesn’t. You also should consider your needs when deciding whether to plug in.

"The higher-end routers along with the direct Ethernet connection allow for low latency (the time it takes for information to be sent across the network and Internet) and higher throughput than a wireless experience," Sexton said.

"Newer technologies are emerging to get wireless connectivity above the 1-gigabit speeds, but it may be a few months before they become easily available to consumers," Sexton said.

Placement and numbers
The best router in the world cannot get you the speeds you want if you don’t place it in a good location. Routers should be centrally located and close to the area(s) you will be using your wireless devices most often.

"Large homes with multiple levels may need an additional access point or wireless extender to cover all of the area," Sexton said.

But be careful—a lot of wireless routers in close proximity isn’t good, either.

"Wireless signals can interfere with each other, and that can cause the user’s experience to be very poor," Sexton said. "Some routers will attempt to change how they operate to get around the interference, but most of the time, they do a poor job of correcting the issue."

Most wireless providers strongly recommend using a password and changing it from the preloaded password that routers come with (because it typically isn’t easy for users to remember).

Jack location
If your jack is in a location that makes centrally locating your router impossible, Internet service providers have technicians who can move it for you. Costs vary by provider but typically fall within the $50 to $100 range. 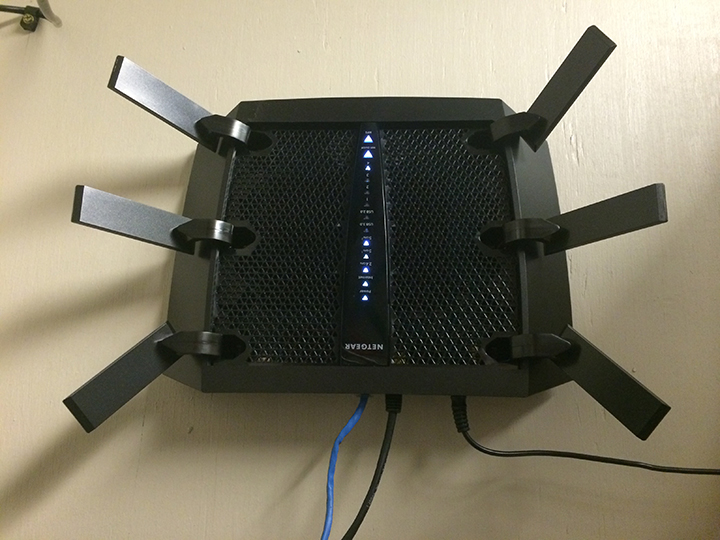