Chattanooga, TN (January 23, 2014) - Due to the extreme cold, wind, and high demand for power, EPB is implementing measures to reduce its power usage and is requesting the same from others in the community.

Additionally, several of EPB’s large industrial and commercial customers have reduced their nonessential power consumption while EPB’s headquarters and other offices are operating in partial darkness to help curtail the community’s power consumption during this critical time.

The extreme cold is causing unusually high demand on TVA’s generation capacity and straining equipment in the EPB electric power distribution system. EPB crews are on standby to make repairs as needed.

“We want to thank our customers for their understanding and cooperation during these extreme conditions,” said David Wade, EPB’s Chief Operating Officer. “We know the cold weather is tough on everybody, and we really appreciate our customers.”

EPB, as a participant in TVA’s Emergency Load Curtailment Program, is asking customers to reduce any unnecessary power consumption while the extreme temperatures are affecting the area. 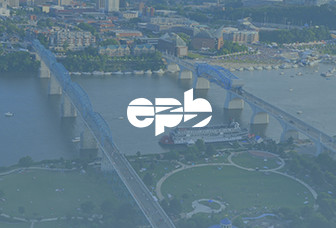