Chattanooga, TN (September 15, 2015) – As EPB Fiber Optics celebrates its sixth birthday by serving 75,725 homes and businesses, an independent study shows the city-owned utility’s fiber optic infrastructure has generated $865.3-million to $1.3-billion in economic and social benefits while creating between 2,800 and 5,200 new jobs.

"This analysis suggests that the true economic value of the fiber infrastructure is much greater than the cost of installing and maintaining the infrastructure,” Dr. Lobo said.

The study’s findings show that realized benefits have exceeded the projected benefits by at least 27 percent and, possibly, by as much as 95 percent. These estimates translate into benefits of between $2,832 and $3,762 per Hamilton County resident.

"Because of our fiber optic infrastructure, we are creating economic development opportunities and good, middle-class jobs today as well as positioning Chattanooga to compete in the innovation economy of tomorrow,” said Chattanooga Mayor Andy Berke.

“We are preparing young people in Hamilton County schools with the skills they need for the high-tech jobs that are being created,” said Hamilton County Mayor Jim Coppinger. “High-speed broadband delivers the fast connections and reliable video streaming that are critical to online learning and continuing education.”

The fiber optic network serves as the backbone for Chattanooga’s smart grid, which has delivered $237-million in benefits that include avoiding power outages by 124,734,486 customer minutes of interruption as of August 31, 2015.

“Our mission is to continue enhancing the value of the community’s investment as a powerful catalyst for economic growth, innovation and quality of life,” said EPB president and CEO Harold DePriest. 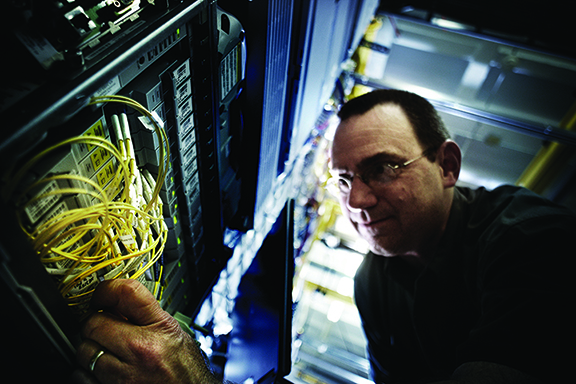