Chattanooga, TN (October 23, 2015) – Dr. Jim Busch, a radiologist and entrepreneur in Chattanooga, has become the first person in the world to have a 10 gigabit-per-second (10 Gig) residential Internet connection installed in his home. Dr. Busch, who is president of Diagnostic Radiology Consultants (DRC), has a frequent need to download and upload massive diagnostic image files whether he is at home or the office.

The installation occurred just days after EPB announced the availability of the first 10 Gig Internet service to be made available across a large community-wide territory. Unlike point-to-point commercial installations, which have been possible for some time, EPB’s 10 Gig service is now available for access by every home and business in a 600 square mile area through Alcatel-Lucent’s TWDM-PON broadband technology. The residential 10 Gig service costs $299 a month with free installation, no contracts, and no cancelation fees.

According to Dr. Busch, high-speed fiber optic Internet makes a big difference when working with diagnostic medical images. “I’ve had a great experience every time EPB upped their Internet speeds,” Busch said. “You don’t know how big a difference it’s going to make until you have it in place.”

Dr. Busch, who was among the first radiologists to adopt the medical model of having a group of doctors reading diagnostic images in a central location rather than physically making rounds to hospitals and doctors offices, has also developed software that makes it easier for radiologists to read and annotate images from wherever they are.

“In my field, fiber optic speeds save lives,” Dr. Busch said. “Instead of waiting as much as a week or more to get results because radiologists would have to physically go to each location, our patients can get their results in hours or even minutes.  When something is seriously wrong catching it as early as possible can be the difference between life and death.”

According to Harold DePriest, EPB’s president and CEO, Dr. Busch is the kind of customer who makes his company proud to push the limits of network technology. “EPB launched Chattanooga’s community-wide fiber optic network to serve as a platform for innovation,” DePriest said. “We can’t wait to see how Dr. Busch and other enterprising individuals are going to use our new 10 Gig service to push the boundaries in ventures ranging from healthcare and 3D printing to film production and software development.”

Dr. Busch also noted that he is in the process of installing an ultra-fast in-home WiFi network so that his whole family can make the most of the service. “The real value of the 10 Gig service is your ability to do everything you want to do all at once,” Dr. Busch said. “It’s not unusual for our family of five to have multiple high bandwidth streams going on at the same time related to school, work or entertainment while I’m downloading and uploading massive medical images.”

Known as “Gig City,” Chattanooga has become a hotbed for technology and entrepreneurship since EPB first launched the fiber optic network in September 2010. Over the past five years, “the Gig Network” has transformed Chattanooga’s economic profile, helped attract new companies and enlivened the city’s entrepreneurial culture. Chattanooga recently became the first mid-sized city with an established innovation district and is home to America’s third largest business accelerator, the INCubator. These resources, coupled with Chattanooga’s high-speed Internet, have drawn many startups to the city, particularly 3D printing companies that need fast speeds to upload and download large files.

Chattanooga has emerged as a role model for other cities across the nation, illustrating the economic benefits that true high-speed bandwidth can bring. Chattanooga’s experience in creating its own fiber optic network shows other cities, towns and counties that they can also build the infrastructure needed for a gigabit network. In fact, municipal utilities, government officials, community leaders and private companies from around the globe and the U.S. routinely visit Chattanooga to see EPB’s successful model in action.

Hailed by the New York Times for having America’s fastest Internet and by Outside Magazine as “The Best Town Ever,” Chattanooga combines advanced technology infrastructure with a thriving cosmopolitan atmosphere that’s just minutes from mountains, rivers and other outdoor playgrounds. For more information: www.chattanoogachamber.com. 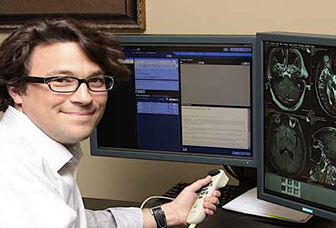