Chattanooga, TN (October 15, 2015) – Chattanooga, known as “Gig City” for being the first in the United States to build a community-wide fiber optic network capable of delivering 1 gigabit (1,000 Mbps) Internet speeds, announced today that municipal utility EPB Fiber Optics is now offering the world’s first 10 gigabit (10 Gig) Internet service to be made available across a large community-wide territory. Unlike point-to-point commercial installations, which have been possible for some time, EPB’s 10 Gig service is now available for access by every home and business in a 600 square mile area through Alcatel-Lucent’s TWDM-PON broadband technology.

Alcatel-Lucent’s pioneering new solution is the world’s most advanced ultra-broadband technology because it delivers the scalability to offer up to 10 gigabits per second Internet speeds across a community-wide network. The 10 Gig residential service is available everywhere in EPB’s service area for $299 per month with free installation, no contracts and no cancellation fees.

“Five years ago, Chattanooga and Hamilton County became the first in the United States to offer up to 1 Gig Internet speeds,” said Harold DePriest, president and CEO of EPB. “Today, we become the first community in the world capable of delivering up to 10 Gigs to all 170,000 households and businesses in our service area.”

According to DePriest, Chattanooga’s community-wide fiber optic network sets it apart as a living laboratory that can deliver next-generation Internet speeds anywhere in a 600 square mile area including urban, suburban and rural businesses and residences.

“Chattanooga’s 10 Gig fiber optic network is a world-class platform for innovation,” DePriest said. “In recent years, the need for faster Internet speeds has increased rapidly. Chattanooga is the perfect place for companies to enhance their productivity today and test the applications everyone in the country will want tomorrow.”

“Chattanooga is a city ready to compete in the 21st Century innovation economy,” said Mayor Andy Berke. “The 1 gigabit service has already played a pivotal role in transforming our city, attracting new businesses and providing our residents with affordable high-speed connectivity. The 10 Gig offering will continue to grow wages, diversify our local economy and propel Chattanooga as a center for technology and invention.”

Chattanooga’s fiber optic network has produced tangible results. A study recently released by University of Tennessee at Chattanooga Finance professor Bento Lobo shows “the Gig Network” helped the Chattanooga area generate at least 2,800 new jobs and at least $865.3 million in economic and social benefits. The study also found the EPB smart grid, which is the cornerstone application of the utility’s community-wide fiber optic network, has allowed customers to avoid an estimated 124.7 million minutes of electric service interruptions by automatically re-routing power (often in less than a second) to prevent an outage or dramatically reduce outage durations.

Hamilton County Mayor Jim Coppinger highlighted the importance of connectivity for education. “Whether we’re talking about providing school children with access to Kahn Academy or giving college students a new way to collaborate on group projects or providing adults with on-line resources to help them re-train for new jobs, fiber optic broadband is a powerful tool for education,” Coppinger said. “Giving more people faster access to the world of information is one of the best things we can do to ensure educational and economic competitiveness for our citizens.”

“Alcatel-Lucent is a strong proponent of the benefits of ultra-broadband technology for economic development,” said Danny Rollins, Vice President, Alcatel-Lucent Global Enterprise & Public Sector Sales for North America. “As a long-term supplier for EPB’s gigabit networks, we’re proud to be helping EPB and the city of Chattanooga be at the forefront of the ultra broadband movement and provide the industry’s leading fiber technology to help deliver on many services and innovation it brings to the community residents and businesses.”

Known as “Gig City,” Chattanooga has become a hotbed for technology and entrepreneurship since EPB first launched the fiber optic network in September 2010. Over the past five years, “the Gig Network” has transformed Chattanooga’s economic profile, helped attract new companies and enlivened the city’s entrepreneurial culture. Chattanooga recently became the first mid-sized city with an established innovation district and is home to America’s third largest business accelerator, the INCubator. These resources, coupled with Chattanooga’s high-speed Internet, have drawn many startups to the city, particularly 3D printing companies that need fast speeds to upload and download large files.

Chattanooga has emerged as a role model for other cities across the nation, illustrating the economic benefits that true high-speed bandwidth can bring. Chattanooga’s experience in creating its own fiber optic network shows other cities, towns and counties that they can also build the infrastructure needed for a gigabit network. In fact, municipal utilities, government officials, community leaders and private companies from around the globe and the U.S. routinely visit Chattanooga to see EPB’s successful model in action.

Hailed by the New York Times for having America’s fastest Internet and by Outside Magazine as “The Best Town Ever,” Chattanooga combines advanced technology infrastructure with a thriving cosmopolitan atmosphere that’s just minutes from mountains, rivers and other outdoor playgrounds. For more information: www.chattanoogachamber.com. 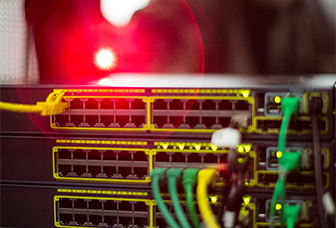