Chattanooga, TN (October 24, 2016) – Due to rising content costs, EPB Fiber Optics is notifying its customers of an increase in the price of television channel packages. The changes will take effect January 1, 2017 and will range from an additional $2 to $11. Internet and phone prices will remain the same.

“Across the television industry, networks are charging higher and higher rates for their content,” said EPB president and CEO David Wade. “For two years, we’ve held the line on T.V. pricing for our customers despite double digit increases in the fees networks charge for programming, but unfortunately, we’ve reached a point where it is necessary to pass these content costs along to subscribers.”

Wade also pointed out that while the networks are forcing all television distributors to increase rates, EPB sets itself apart by being transparent. “Our pricing is simple by design, and we communicate it clearly to ensure that customers understand what they will pay from the outset and have plenty of notice when it’s necessary to make a change,” Wade said. “Our television offering remains very competitively priced with no hidden fees. In fact, EPB customers are generally paying less in total for comparable content and bundled services.”

At the same time, EPB is constantly working to enhance the value of its Fi TV services. In recent years, EPB has added customer-requested content like the SEC Channel, IFC and Sundance. In addition, EPB now offers more than 130 streaming networks that are available to customers wherever and whenever they have a mobile device. This summer EPB launched Fi TV Select, a new offering that gives customers greater flexibility in choosing content along with enhanced features like 4K Ultra HD picture quality.

EPB will continue to offer significant discounts for bundling video, voice and internet services with no installation fees, contracts or data caps. All of these services are delivered over a 100% fiber-to-the-home network capable of the world’s fastest internet speeds. And, as always, EPB supports all of its services with neighbor-to-neighbor customer service, 24/7/365. 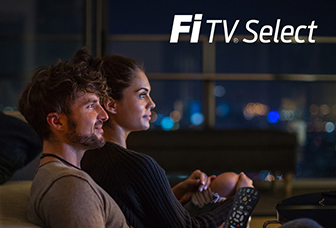