According to David Wade, president & CEO of EPB, Mainda’s depth of relevant experience will serve EPB well. “Hodgen has a substantial track record for working in both community and business development as well as government affairs,” Wade said. “Through his engagement he has also developed a very strong network at all levels.”

“Since coming to Chattanooga 8 years ago, I’ve made it my personal mission to support the growth and development of this community,” Mainda said. “I can’t think of a better way to do that than joining EPB where my efforts will be joined with an organization dedicated to enhancing quality of life in the local area.”

In his previous position, Mainda served as vice president for Noon Development and River Branch Strategies. Through appointment by Governor Bill Haslam, he serves on the Tennessee Education Lottery Board of Directors. He also serves as a board member for other non-profit organizations including Chattanooga Area Chamber of Commerce, Memorial Hospital Foundation, United Way of Greater Chattanooga, and UTC College of Business advisory board. He is an active member of the downtown Chattanooga Rotary Club and a graduate of Leadership Chattanooga (class of 2010).  In 2014, Mainda was a co-recipient of YPAC’s Young Professional of the Year Award. Chatter magazine has recognized him as one of the 20 Under 40 individuals who are making a mark in our community.

A native of Nairobi, Kenya, he moved to Tennessee in 1997 to pursue his higher education and then moved to Chattanooga when he landed a job here. He is married to Amber and they have two small children. 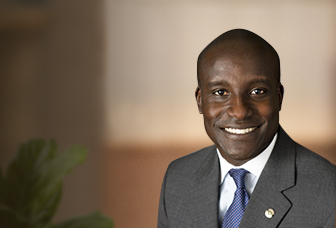