Historically, electrical and similar wires were run aboveground, connecting to homes and businesses from tall, somewhat-unsightly poles. In recent decades, however, such wires have often been buried (a process called undergrounding). Although many new communities and subdivisions bury these utility wires during development and construction, owners of older structures have to take the initiative to get this process started.

Undergrounding has been done locally for about 50 years but became a citywide policy for new construction in 1993, after the widespread power outages caused by the blizzard, according to Wendell Boring, EPB assistant vice president of operations.

Here are three advantages to requesting the service.

Power outages are further minimized.
Power outages are most often caused by weather-related problems such as ice forming on lines, branches knocking lines down or heavy winds moving lines around. Although Chattanooga's power services operate on a smart grid, which helps minimize power outages, preventing such outages when it comes to weather is still not entirely possible. But having your electrical wires undergrounded further reduces the chances of weather causing you to be without power.

"Over time, the trees and brush can grow up and eventually tear down or damage your service," Boring said.

"About a third of all weather-related power outages involve the overhead service line to homes," according to Boring. "The underground service is a way to reduce outages without huge expense."

The results are aesthetically pleasing.
Besides the advantage of being less affected by inclement weather, having wires and cables underneath your lawn instead of swooping from a pole to the side of your home is an aesthetic upgrade. With the exception of aboveground terminals, they are entirely out of sight.

When an entire neighborhood or community has underground wiring, the aesthetic result is undeniable.

Undergrounded lines are safer.
Electrical wires that are underground are safer for both people and wildlife. Whereas aboveground lines need a wide berth for safety reasons—especially when they are downed—underground lines do not pose the same threat because they are tucked safely away from interaction with living things.

In addition to the dangers of the live wires, power poles themselves can also be damaging; being in such close proximity to roads often leads to cars crashing into them. These problems are eliminated when wires are underground in entire areas.

"We are looking at options for the future and are always looking at ways to improve electrical service," Boring said. 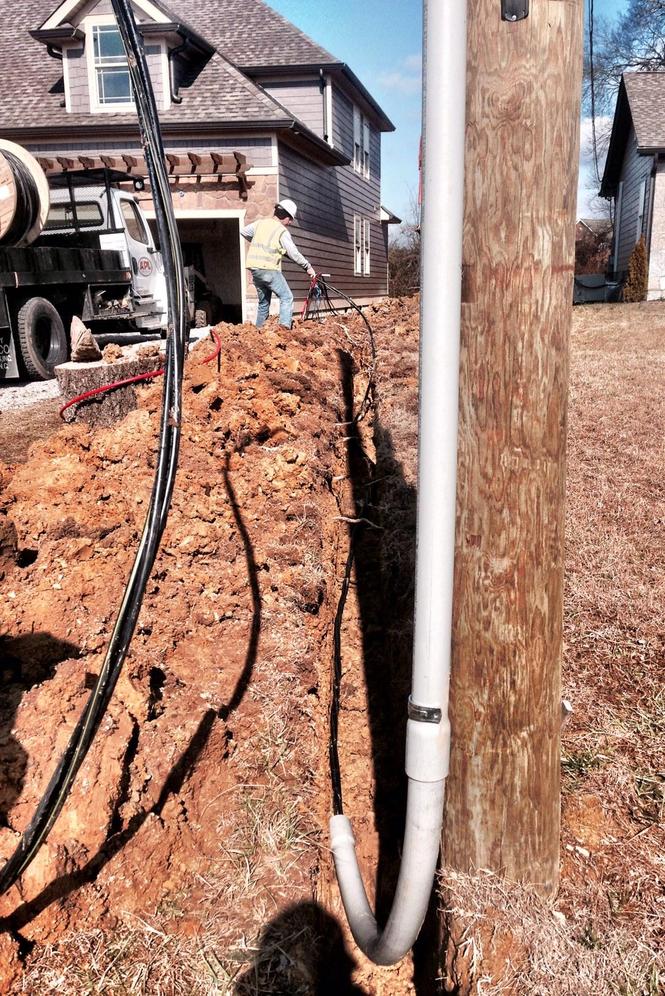