Chattanooga, TN (March 29, 2018) - EPB has partnered with Atlas Organics to divert food waste and other compostable material from going into the landfill.  By offering composting at its downtown headquarters, EPB becomes the first corporation in Chattanooga to divert a large portion of its waste stream from the landfill to commercial composting.  Besides food waste, Atlas Organics takes products not typically accepted by recycling companies such as paper towels & napkins, parchment & waxed paper, and is the only company in Chattanooga able to take compostable plastics cups and service ware.

On March 1 EPB held a lighthearted event to communicate the importance of composting.  Elizabeth Hammitt, EPB’s Director of Community & Environmental Stewardship, said “As a leader in sustainability in Chattanooga, EPB decided to take a look at our waste stream and make some significant changes. Working with Atlas Organics has provided us with a means to divert a significant portion of our waste from the landfill to composting.”

Going forward, EPB will only use re-usable or compostable cups in breakrooms. EPB also added composting bins, and brought Atlas in to train the staff. In the first week after expanding from a small pilot program to a building-wide program, EPB more than quadrupled the amount of material diverted from the landfill.

Cullon Hooks, General Manager of Atlas Organics in Chattanooga, said “We are excited to work with a group like EPB. Compostable material is 25% of what goes into landfills. It is 100% recyclable and is returned to the earth as soil amendment, completing a cycle that we call Table to Farm.  Composting goes beyond sustainability, it is a regenerative process that diverts a material from the landfill and puts it back to use rebuilding depleted soil. EPB has long been a leader in energy conservation and is now a leader in waste diversion. This program is already having a significant impact on their waste stream and their employees are dedicated to change.”

Headquartered in Spartanburg, SC Atlas Organics is a leading commercial composting company in the southeastern United States with services in North Carolina, South Carolina, Georgia, and Tennessee.  Atlas Organics recycles food waste and green waste, turning it into a valuable soil amendment to promote sustainable agriculture and landscaping.  In August 2017 Atlas Organics launched its residential composting program, Compost House, in the Chattanooga area.  Following its successful residential program, Atlas Organics started collecting commercially in December 2017.  In 2017 Atlas Organics diverted 8,250,353 pounds of organic waste combined with an equal amount of wood waste for a total of over 16,500,000 pounds of organic material. 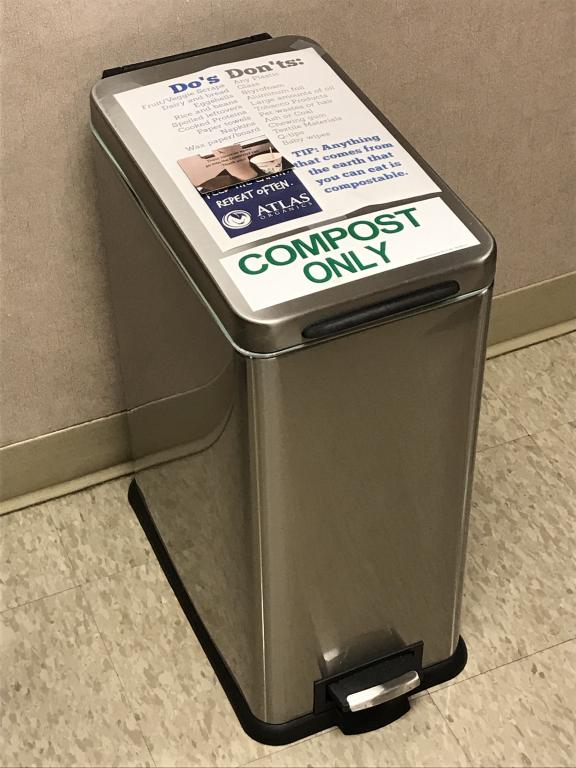