“Chattanooga’s smart city infrastructure was designed as a platform to give our customers the power to do more,” said David Wade, EPB President & CEO. “From education and innovation to job creation, it’s amazing to see how our customers are realizing possibilities we could only imagine ten years ago.”

The new study was conducted by Bento Lobo, Ph.D., head of the Department of Finance and Economics at the Rollins College of Business at the University of Tennessee at Chattanooga.

“The true economic value of the fiber optic infrastructure for EPB’s customers is much greater than the cost of installing and maintaining the infrastructure,” Dr. Lobo said. “Our latest research findings show that Chattanooga’s fiber optic network provides additional value because it provides high speeds, with symmetrical uploads and downloads, and a high degree of network responsiveness which are necessary for the smart grid and other cutting-edge business, educational and research applications.”

Fiber in the time of COVID-19

As national stories swirled about the possibility that the COVID crisis would “break the internet” and YouTube and other video providers actually reduced the resolution of their content in some markets, EPB’s fiber optic network has proven more than equal to the challenge of transitioning to remote work, on-line education, and telehealth.

In comparing a typical pre-COVID day (March 4, 2020) to a typical COVID day (December 14, 2020), EPB has seen a 75% increase in the total volume of Internet Bandwidth Usage over the course of the day. In a very real sense, many companies (and schools) have “outsourced” the traffic that once flowed across their internal networks to Chattanooga’s community-wide internet.

EPB has also seen a 64% increase in Peak Bandwidth Usage which still occurs during the “Prime Time” hours of the evening and is correlated to more video streaming. Because Chattanooga has a fiber optic network, the community has been able to transition to more intensive internet bandwidth usage utilizing in-place infrastructure.

EPB is an independent board of the City of Chattanooga which began serving customers in 1939. Visit EPB.com for more information. 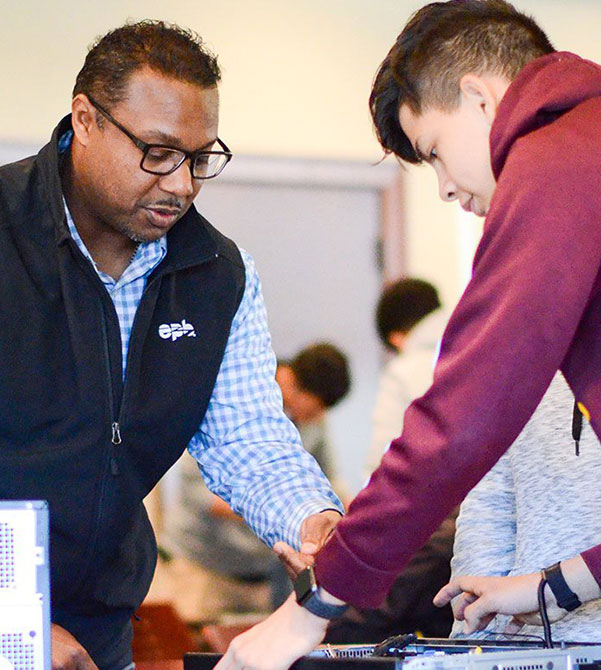